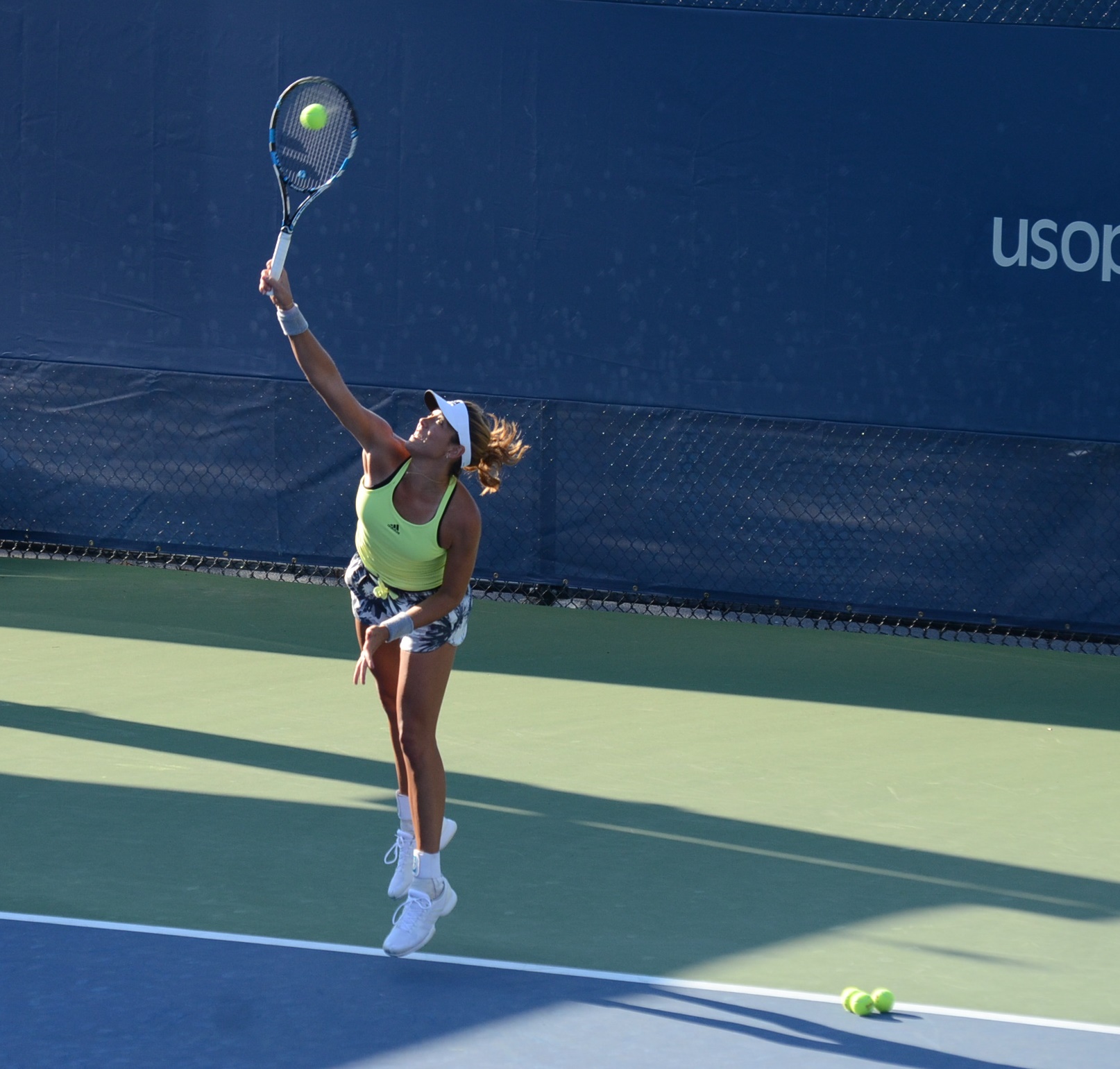 Tall Garbine (182 cm / 6'0'') can consider her serve as one of her weapons. The photos from her practice during the 2015 US.Open show that Garbine well fulfills the requirements of the Service 3.0. 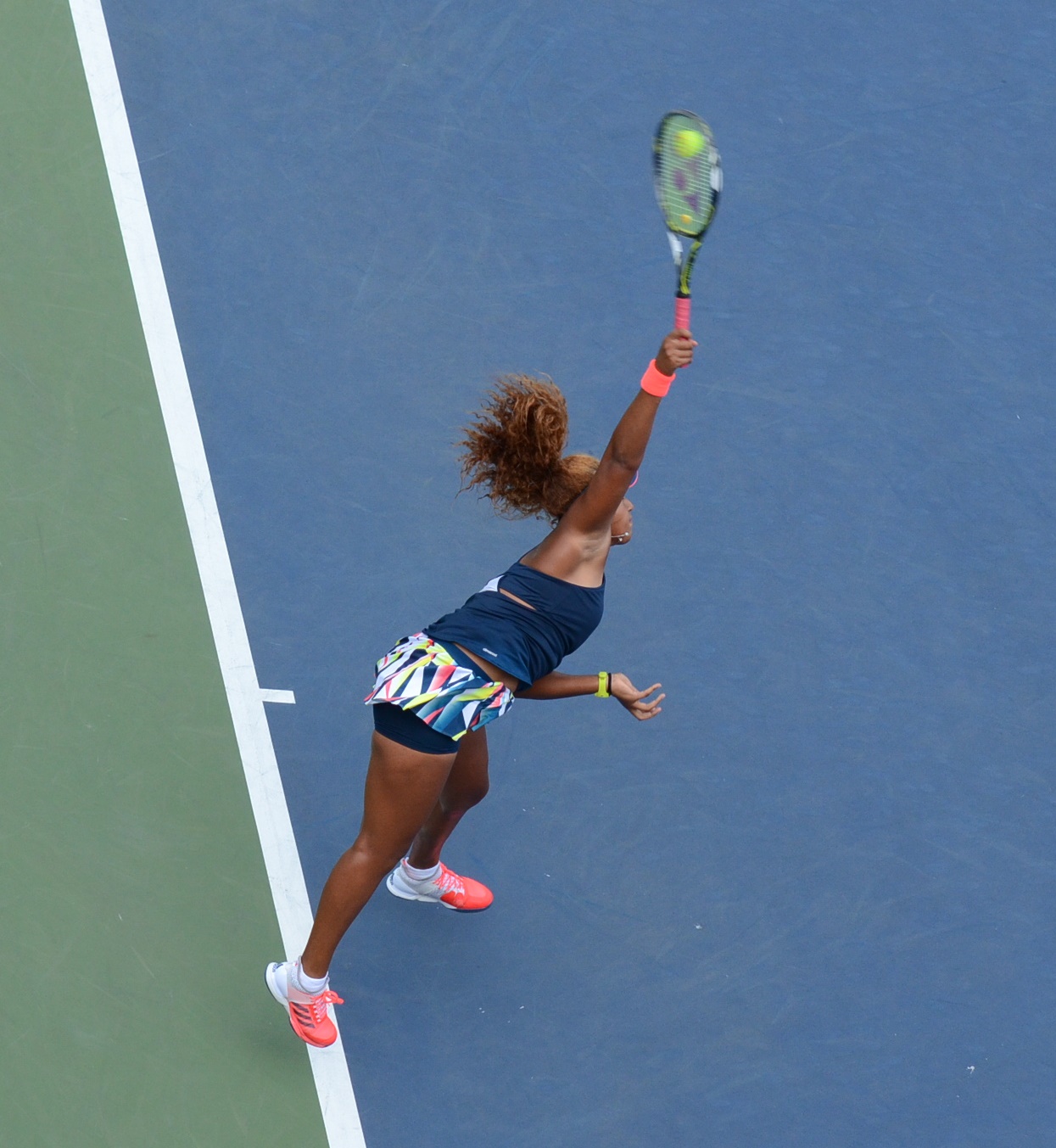 Naomi correctly fulfills all the essential Service 3.0 (of Tennis 3.0) requirements. Certain distinct improvements bringing higher margin and better efficiency would be still possible though. Some of the main aspects to work on are mainly around the rather arm-power forced pronation, which is quite normal when proper pronation was introduced to the player later in the career but should still become a bit more fluid (with better contraction-relaxation coordination) over the time to make an optimal....

Ying-Ying Duan (*89 / CHN) can be at her age of 27 years hardly considered as a young tennis prodigy, but this relatively new entrant into the WTA top 100 could eventually become a factor in the women's tennis. At her height of 186cm (6'1''), the service can be considered as her biggest weapon. Her service surely has already quite some potential, but certain improvements could bring even better serving efficiency and higher margin along.

Rebeka Masarova (*1999 / SUI) with her WTA ranking of #314 (as of July 18, 2016) is currently the world highest ranked player before reaching the 17th birthday. Rebeka, who won the 2016 French Open junior event a few weeks ago, considers service as her favorite stroke. She has Slovak and Spanish roots and is currently being coached by her mother. As all very successful Swiss female tennis players of the past over 20 years, Rebeka was developed largely privately outside of the regular Swiss Tennis Association program!

What is holding back American Sloane Stephens ?

In my personal opinion, Sloane's main "road block" is in just mediocre TENNIS 3.0 benchmark fulfilment in most of her strokes, which could be based partly on limited knowledge of and partly on missing readiness to apply the TENNIS 3.0 CODE within the "3 Step Tennis Stroke Regulation" as often and as precise as possible.